Saraswati Bhawan Nepal was established in 2001 near the Boudhanath Stupa in Kathmandu, Nepal. It currently serves as the primary residence for Lama Dawa Rinpoche (when he is in Nepal), and Kunzang Dorje Rinpoche, as well as hosting a variety of events throughout the year.
Kalsang Lama serves as secretary and coordinator for Saraswati Bhawan Nepal, and works to coordinate commissioned pujas and prayers to be done on premises by eminent Lamas in the area. In addition she is often available to assist visiting students on local pilgrimage trips, and acquiring important ritual implements from area craftsmen.

If you need to contact Kalsang to set up commissioned Buddhist ceremonies for you, she can be contacted at: kalsang@mail.com.np.
Saraswati Bhawan hosts the annual Tse-Chu Tsog-pa – founded by Kunzang Dorje Rinpoche in 2000 – in which students from east and west gather to perform the tsog offering ceremonies of the Three Roots of the Dudjom Tersar. Private retreat rooms are sometimes available for rent and several students have held long-term retreats here over the last six years. 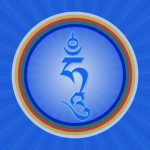 Khorde Rushen: Distinguishing Between the Ordinary and Sublime with Khandro Kunzang 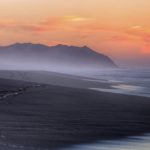 No event found!
Saraswati Bhawan is a non-profit religious organization founded by Acharya Dawa Chhodak Rinpoche. We are dedicated to the practice and preservation of the ancient Buddhist Tantric tradition as held by the Nyingma sect of Tibet. In particular, we focus on the Khandro T’huk-t’hik path of the Dudjom Tersar and the Rigdzin Sogdrub yogic practices of the Northern Treasures lineage.