In 2010, Rigzin Osel Ling was established by Acharya Lama Dawa Rinpoche in response to his growing student base in Ensenada, Mexico. Since 1998 Lama Dawa has been offering teachings, empowerments and retreats in Ensenada and surrounding areas. Rigzin Osel Ling serves as the center for the local Sangha to gather for regular tsog practice, Ngondro support, and meditation classes, lead by local Sangha Members. In addition, it serves as a home base for teachings during visits from Lama Dawa Rinpoche, Khandro Kunzang, and other guest Lamas. 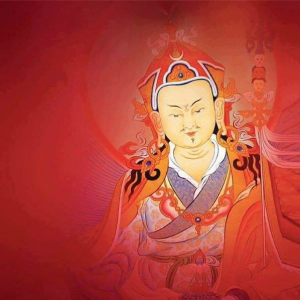 Khandro Kunzang will be resuming the Vajra Armor Mantra retreat course, as developed by Lama Dawa Chhodak Rinpoche. This course is from the terma of Dorje Lingpa. ...
8:00 am - 6:00 pm
View Detail
No event found!
Saraswati Bhawan is a non-profit religious organization founded by Acharya Dawa Chhodak Rinpoche. We are dedicated to the practice and preservation of the ancient Buddhist Tantric tradition as held by the Nyingma sect of Tibet. In particular, we focus on the Khandro T’huk-t’hik path of the Dudjom Tersar and the Rigdzin Sogdrub yogic practices of the Northern Treasures lineage.