This year, we will be introducing a new practice to our Vajra Armor Mantra Retreat Program. For the first time, we will be conducting a week-long Vajra Armor Retreat based on the text of “Oral Instructions of Padmasambhava:
A Manual of Directions for the Application of the Approach and Familiarization Recitation of the Vajra Armor of a Hundred Thousand Mantras” by P’hunstok Namgyal. This is a very special commentary on Dudjom Lingpa’s root text, that includes detailed instruction for longer retreats. Lama Dawa Rinpoche felt that it was an important practice to include as part of our Vajra Armor Mantra training. We commissioned Mike Dickman to translate the text, and after working on it for over a year, it was completed just before Lama Dawa Rinpoche’s parinirvana. Lama Dawa was very happy to see this translation and went over the text with Khandro Kunzang, as well as giving his final advice on the continuation of his Vajra Armor Mantra Retreat Course. 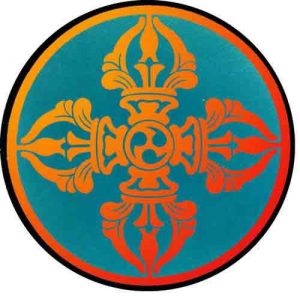 This retreat is open to all who wish to do this intensive practice, including students who are currently on Levels 1 & 2 of the Vajra Armor Mantra Retreat Course. However, it is especially for those who are on the Level 3, and will replace the current Level 3. Completing two of these retreats will fulfill the requirement for the Level 3, and prepare one for the dark retreats.

This retreat is a strict boundaried retreat and will include group tsog and ritual sadhana practice, as well as a schedule of four ‘tuns’ (sessions) a day. It is also a silent retreat with no talking other than the sadhana and mantra. Khandro Kunzang will offer the verbal transmission (lung) for the practice at the beginning of the retreat. At the conclusion of the retreat, those students who are on Level 3 will receive the text and final teachings on Dudjom Lingpa’s Ley-Tsog root text, and will be authorized to conduct those practices outlined in the Ley-Tsog.

Cost: $400. $75 non-refundable deposit to reserve your spot. Cost includes meals and lodging (cabins and tents). This does NOT include offerings to the Lama, not does it include money to purchase tsog. Students should either bring offerings for the tsogs (two), or make a monetary offering. Suggested donation of $250 may be offered to Khandro Kunzang with katag at the end of the retreat.