Venerable Dhyani Ywahoo (Pema Sangdzin Khandro), Sunray Meditation Society and Sunray Peace Village are pleased to announce that Khandro Kunzang Dechen of Saraswati Bhawan, will lead the precious and auspicious 5-day Vajra Armor Retreat. The Retreat will be held at the Sunray Peace Village in Lincoln, Vermont at the base of Mt. Hope, where 7 sacred streams meet.

The Vajra Armor Mantra, called Dorje Go-Drab in Tibetan, is among the most powerful healing practices in Tantric Buddhism. Long held as a secret practice, the Vajra Armor Mantra has been practiced for over a millennium by tantric adepts and Tibetan physicians as an effective method for treating diseases, purifying negative energies, and protection from misfortune. The Vajra Armor Mantra was first introduced into Tibet in the 8th century by Guru Padmasambhava, who had collected various teachings and practices on this mantra from the ancient Indian Buddhist tradition. After teaching his close disciples in Tibet, he hid the Vajra Armor teachings in 124 places, to be discovered by future treasure finders as prophesied in his writings.

Guru Padmasambhava predicted that a time would come when there would be a great need for this mantra. To preserve the integrity of the teachings and lineage, he hid different versions of this practice in many different places for safekeeping, until the treasure finders would reintroduce them to the world. Over the past one thousand years, there have been numerous major teaching cycles of the Vajra Armor Mantra that have been revealed, including those of Dorje Lingpa, Mipham, Dudjom Lingpa, and Trakthung NamkhaI Jigme. These teachings outline a deep and profound path to realization and ultimately, to Buddhahood through the practice of healing and re-balancing the outer and inner elements. 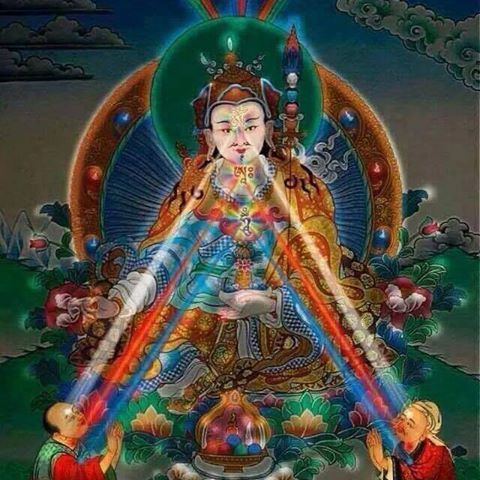