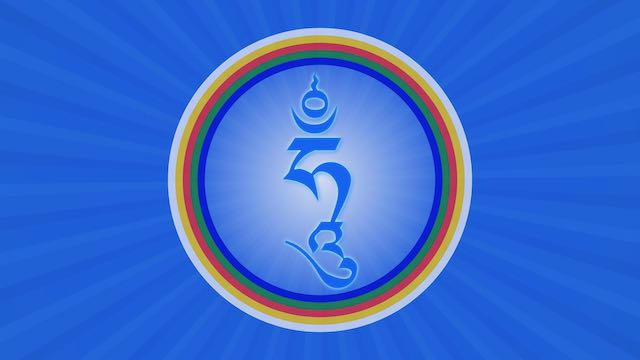 Khorde Rushen is a series of practices that are considered to be the Preliminary Practices (Ngondro) to the Dzogchen Path. Khorde Rushen literally means to separate or distinguish between our samsaric, ordinary, or relative truth reality from our inherent Buddha nature, or absolute truth. This series of skillful practices are divided into three sections: Body Rushen, Speech Rushen and Mind Rushen, as well as outer, inner and secret levels.
In Module 2, We will be exploring the Speech Rushen practices, in outer and inner forms. This will be practice-intensive, and students should be ready to participate. Some lecture and theory will also be presented, but this series is meant to introduce you to these profound methods of practice in order to become familiarized with them. In the future we will be holding live, in-person retreats in the US, Mexico and Europe to deepen these practices further.
We will be primarily following the text format from the Khamsum Yangdrol of the Konchok Chidu, with supplemental practices from the Dudjom Ter and Jang Ter, in accordance with the oral teachings of Acharya Dawa Chhodak Rinpoche and Kunzang Dorje Rinpoche.
From Khandro Kunzang: “When I first invited Lama Dawa Rinpoche to come to Maryland in 1998, he taught an 8-day Khorde Rushen course. He then taught this twice more in 1999, and also lead a 10-day retreat in Iowa in 2002. It was his intention to lead another Rushen retreat in 2015 at P’hurba T’hinley Ling, but due to his sickness it was cancelled. Therefore, I am picking up where he left off and offering this as an online introduction, with the aspiration that in the future we continue to deepen these pratices in a formal retreat setting. In addition to Lama Dawa’s instructions, I have also received extensive teachings on these practices from my root Guru, Kunzang Dorje Rinpoche, in 2007. They are among my heart practices and I am looking forward to sharing them with you.”
Schedule for Module 2:

Registration is required. Prerequisites: participation in Module 1: The Body Rushen.