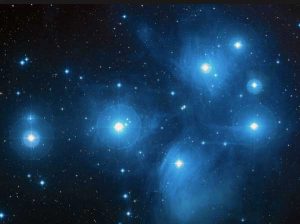 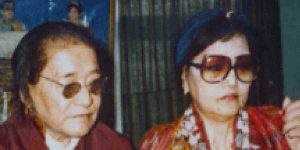 by Khandro Kunzang On Monday, August 21, there will be a total solar eclipse which will cross the entire United States. As in the past, we are requesting that you dedicate some extra time for your Dharma practice on this day.  Both solar and lunar eclipses are important days in a practitioner’s life. There are powerful forces at work during this time, and a skillful practitioner can take this opportunity to bring much benefit through their Dharma practice. In many cultures throughout the world, eclipses were viewed as important astronomical events, often associated with ill omens and misfortune. Many cultures believed that the sun or moon was being devoured or eaten by dragons or demonic planets (rahulas), and that this had negative effects for all life on earth. This comes from the basic understanding that the planets, particularly the sun and moon, have definite energetic effects on all living things. The microcosm of our bodies is intimately affected by the macrocosmic movement of the celestial bodies. This is especially demonstrated by the tantric view of the solar and lunar radiations governing the movement of energy within left and right subtle energy channels in our bodies. In addition, it is believed that the sun and moon radiates many kinds of subtle elemental energies that help to sustain life on earth. When there is an interruption of this energy radiation, as during an eclipse, its effects can be observed and felt. It is a cessation, or a cutting off, of these vital energies. We can see this concept expressed by the word ‘eclipse;’ a Greek word that means ‘abandons’ in that the sun ‘abandons’ the earth during that time. Where there was light filtering through the elemental forces of the zodiac into the earth’s aura, there is suddenly darkness, a cutting off from the source of life. When these solar or lunar radiations are cut off, it creates an energetic stress on the planet and all life on it. This can be observed by the rise in disorders such as epilepsy and mental illness, the strange behaviors of animals – both land and sea, by the way the birds become silent,  by the shift in the gravitational pull, and the arising of earthquakes, volcanoes, and other terrestrial phenomena. The stressors are strongest on the areas that are directly affected by the eclipse – in other words, the areas on the planet where the eclipse is visible. Although the energetic disruption will affect the entire planet, it will be particularly strong in these areas. According to Tibetan Buddhist philosophy, many beings – beings with forms and without forms – die during eclipses as a result of the stress or the ‘abandonment’ of the solar rays, especially if their life force is particularly weakened or they have certain astrological alignments that are in conflict with the planets involved with the eclipse. Furthermore, the energies that are lost during eclipses, cannot be recovered. This means that every time there is an eclipse, there is a gradual diminishing of energy on the planet. Over the course of decades, centuries, and millennia, this gradual decreasing of energy is what is known as ‘the degenerate age.’ This is evident by the gradual lessening of the power of the five elements – food and herbs loose their potency, there is less oxygen in the atmosphere, diseases and pollution increase, there is a worsening of natural disasters and suffering. This process of elemental degeneration is largely created as a result of these continual cycles of eclipses, until finally we reach the end of the kalpa when only one element predominates and consumes what is left. For this reason, in the Buddhist tradition, much emphasis is placed on engaging in Dharma practice on these days. By generating merit and reciting prayers, we can lessen the overall diminishment of energy and slow down the process of degeneration. We can help to preserve the continuity of the elemental energies, and by doing so, it may be possible to save the lives of those beings who may die as a result of the stress caused by the eclipse. Some Buddhist sources say that during a solar eclipse the effects of positive and negative actions are multiplied by 10,000. Lama Dawa Rinpoche says that what this means is that if you engage in virtuous practice it will be more helpful than usual. However, if you engage in non-virtue, it will further the process of degeneration. “During an eclipse, Dharma Prayer is the special method to not leak away the element’s energy that is the support for all beings”         Lama Dawa Rinpoche

Prayers to say during eclipse:

There are some special prayers, such as the ‘Kunzang Monlam’ (Aspiration Prayer of Samantabhadra) that state very specifically that the prayer should be recited during eclipses.

Listen to prayer in Tibetan and sing along! (with English and Chinese subtitles):

Prayer to Kuntuzangpo However, any Dharma practice – whether it is prayers, mantras, sadhanas – will be helpful in preventing the loss of the vital energies provided by the sun; in particular, the mantra for Medicine Buddha, Amitayus, Tara, Vajra Guru, or reciting the ‘Tse-Do Tse-Sung’ Sutra. With this in mind, we request that you set aside some extra time on Monday to do whatever practice you are most familiar with and dedicate it to the benefit of all  beings, and in particular to those beings who may be suffering during that time, as well as to strengthen the integrity of the three worlds.
Saraswati Bhawan is a non-profit religious organization founded by Acharya Dawa Chhodak Rinpoche. We are dedicated to the practice and preservation of the ancient Buddhist Tantric tradition as held by the Nyingma sect of Tibet. In particular, we focus on the Khandro T’huk-t’hik path of the Dudjom Tersar and the Rigdzin Sogdrub yogic practices of the Northern Treasures lineage.